Last year we were so happy to be adopted by an elf we named Jingles.  She came to us on Thanksgiving.  Every morning it was a fun game to see where Jingles was hiding.  No one was allowed to touch her, or she would leave and return to the North Pole.  If anyone got too close, we noticed she moved higher, but as she became more comfortable with us she would turn up in high traffic areas like the kitchen table, coffee table, kitchen counter top, on the lamp, etc.  One morning she was even perched atop the TV where the kids play video games.  Of course, we were very sad to see her go on Christmas.  We made her cookies the night before, and bid her farewell in hopes of seeing her next year.  There were some tears shed, but we knew she would return to us.

Just as we hoped, Jingles came back on Thanksgiving!!  Oh the excitement at our house was overwhelming!  The kids were running around screaming, “Jingles is home!”  To our delight, our elf enjoyed her stay, we were good hosts last year, so she had come home to us. We found her on our kitchen table, and she had brought a gift.  She was sitting by little, tiny mini cupcakes she had brought for us.  What a sweet and considerate elf.  We were so happy to see her.  We were overjoyed!  The next morning, as usual she was sitting in a pot above the fireplace.

What we didn’t know is maybe we were too good of hosts.  Jingles had apparently become very comfortable with us this year.  As we all slept in our beds, our house became Jingles playground.  On the third night Jingles made herself a marshmallow & sprinkles bath with my trifle dish and tea lights.  Yes, she was cute as a button. 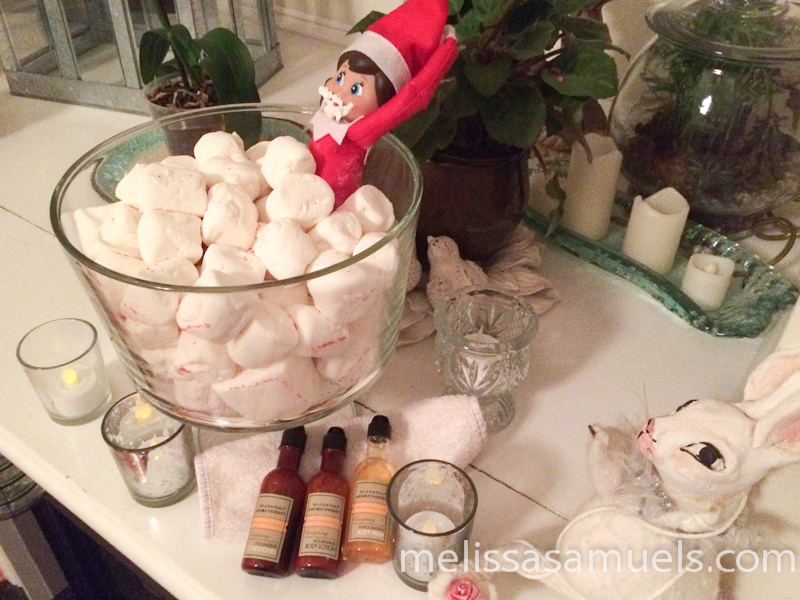 But, do you think she cleaned up her mess?  No, she did not.  It was funny, so we decided it was okay we would clean up the mess for her.

The next morning we discovered she had sneaked into the kids room while they were sleeping, took their My Little Ponies, and pretended she was Santa and they were her reindeer.  Oh my… 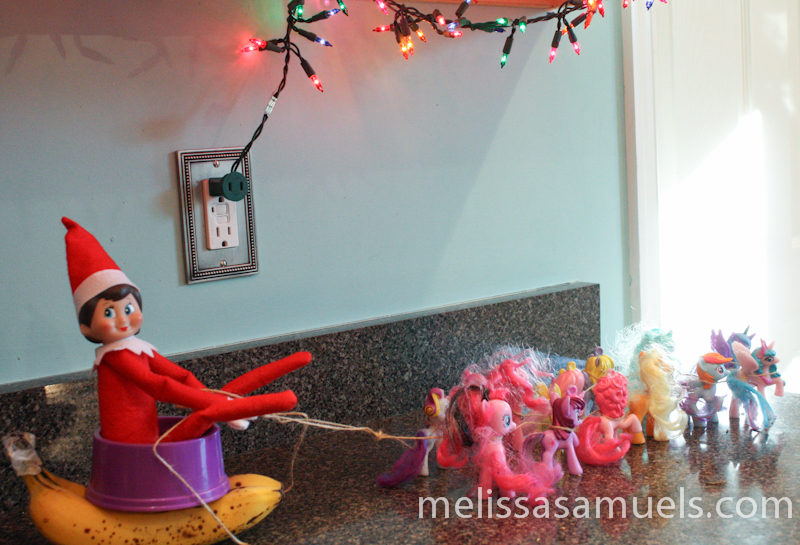 Apparently, our little elf is a silly and playful elf.  She made a sleigh out of the bananas on our kitchen sink and a bowl she had also commandeered from the kids’ room.  We had no idea she was so mischievous.

This morning was an even bigger mess. She found painter’s tape in Bob’s supplies, scissors from my studio, and scaled our kitchen cabinet.  As best we can tell, she used the ponies to get herself high enough to throw the twine (that she had previously used to tie the ponies together) over the cabinet knob, and climb up.  Apparently, she was happy with the view, and taped herself there. 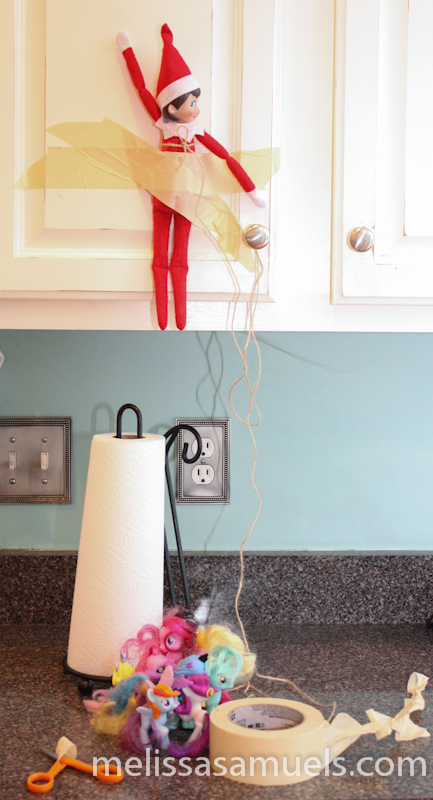 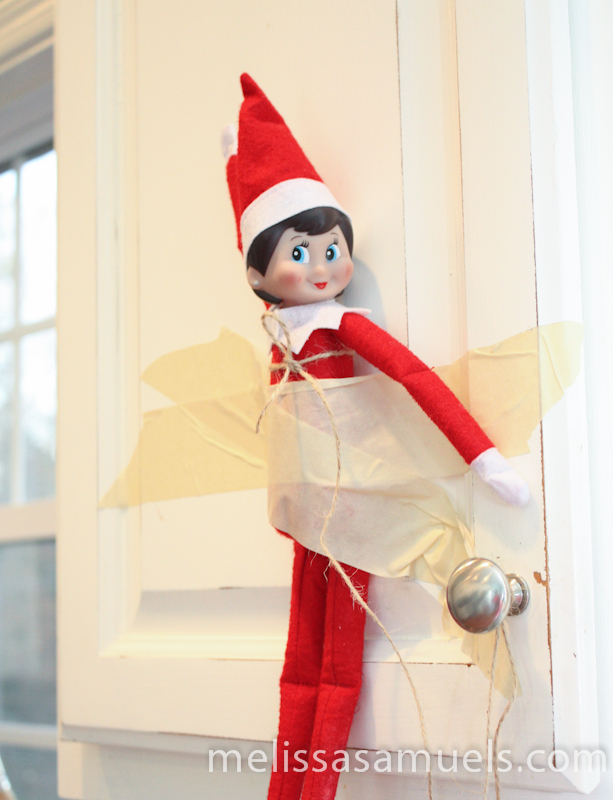 That face looks so innocent, but we should have guessed from that grin she had a little mischief lurking inside.  We can hardly wait to see where she will turn up next…I think.

If you have an Elf on the Shelf here is a website with some great ideas of what to expect from them, click here 😉 .

On another note, tonight is my “Joy of Christmas” Card Workshop on Ustream at 6:30pm (EST).  I hope you can join me!  CLICK HERE TO GO TO MY USTREAM CHANNEL. 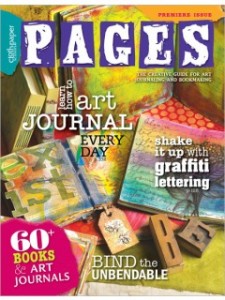